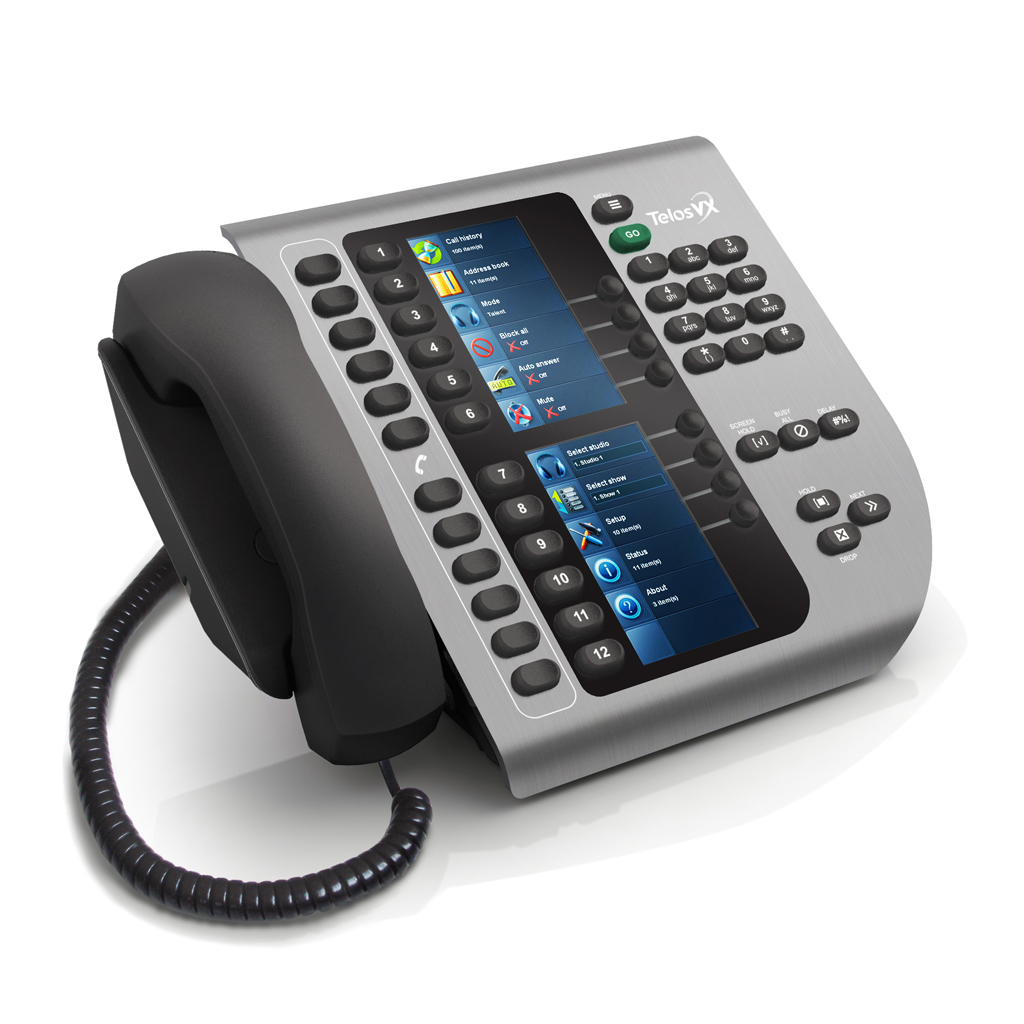 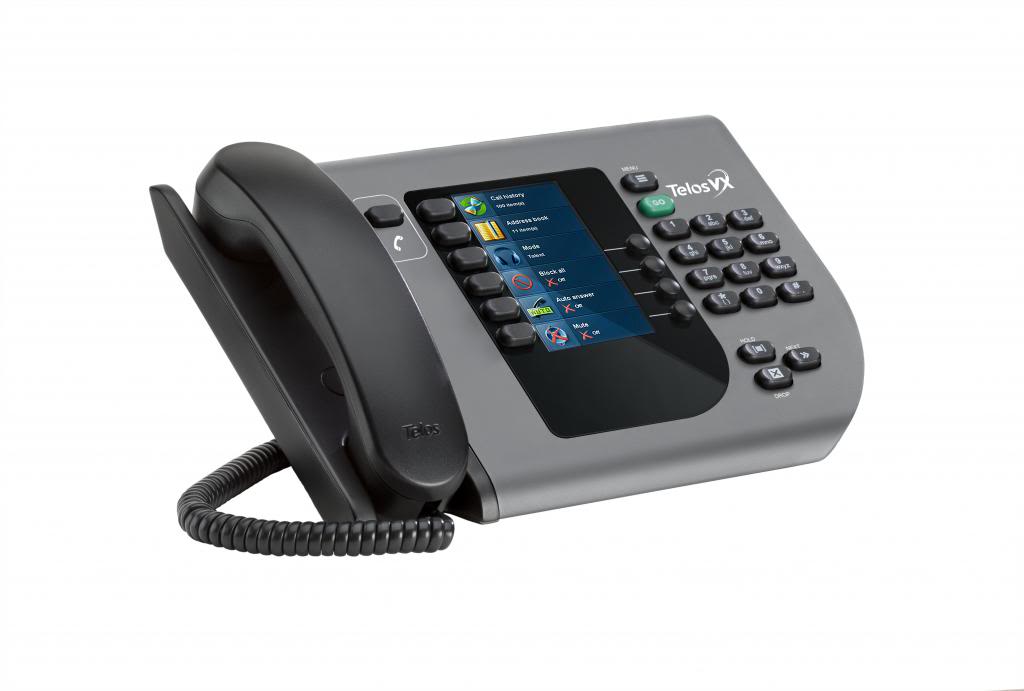 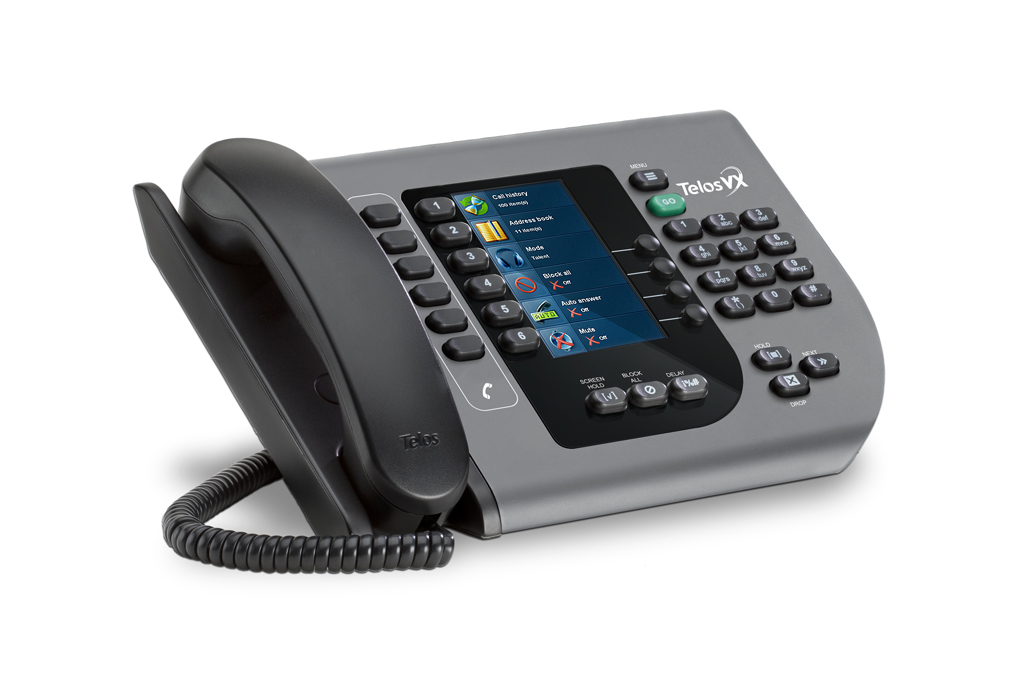 VX is the world’s first VoIP (Voice over IP) talkshow system — a broadcast phone system that’s so powerful it can run all of the on-air phones for your entire plant, but economical enough for stations with just two or three studios. VX connects to traditional POTS and ISDN telephone lines via standard Telco gateways. But it also connects to VoIP-based PBX systems and SIP Trunking services to take advantage of low-cost Internet-delivered phone services.

VX also weds modern networking to the remarkable power of digital signal processing. VX uses Ethernet as its connection backbone, significantly cutting the cost of phone system installation, maintenance and cabling. Ethernet is a powerful, yet simple way to share phone lines among studios and connect system components. This also makes VX naturally scalable, capable of serving even the largest of facilities — while remaining surprisingly cost-effective for even single stations with more modest needs.

VX plugs right into Axia IP-Audio networks, connecting multiple channels of audio and control via a single CAT-5 cable. Don’t have an IP-Audio network yet? No problem; optional VX interfaces break out audio into analog and digital formats, along with GPIO logic commands. And with informative VSet phones, talent finds it easier than ever to take control of their callers, moving and sharing lines between studios at the touch of a button.

Telos Alliance® introduced broadcasters to the benefits of VoIP a decade ago with VX, the world’s first VoIP talkshow system, in a hardware appliance. Now, Telos VXs is here to help broadcasters reap the benefits of true virtualization as they adapt to changing broadcast workflows and operations, all while making it easier for teams to produce great-sounding and compelling content.

Using VoIP, VXs combines modern networking with the power of digital signal processing developed by Telos over the past three decades. Every call gets fifth-generation audio processing packed full of technology engineered to extract the cleanest, clearest caller audio from any phone line—even noisy cellular calls.

VXs includes Smart AGC coupled with our famous three-band adaptive Digital Dynamic EQ, a three-band adaptive spectral processor, and noise gating. Call-ducking and host override are part of the VX toolkit as well. Users can conference multiple lines with superior clarity and fidelity. Send audio gets its own sweetening with an AGC, limiter, and Acoustic Echo Cancellation (AEC) technology that eliminates open-mic feedback.

And if you choose to use compatible telco services, calls from mobile handsets with SIP clients, HD capable telephone sets, and PC apps will benefit from VXs’s native support of the G.722 codec, instantly improving caller speech quality.

Telos VXs systems are “facility-wide” broadcast phone products. That means multiple studios, multiple stations, multiple shows—with minimal hardware requirements. Telco is delivered via IP from your SIP PBX, hosted VoIP service, or UCaaS provider. For carrier-grade reliability and redundancy, a dedicated SIP trunk circuit can be integrated via a Telos-configured Asterisk-based PBX; legacy circuits such as POTS, ISDN, or T1 can be integrated in the same way. Once connected, all telecom and audio connectivity flows via Ethernet.

Broadcasters can deploy VXs on their servers in the rack room, on shared servers in the centralized data center, or in cloud instances. These deployment options deliver the benefits of virtualization, such as easier facility-wide upgrades, cost-efficiency, and automated deployment without site visits. Broadcasters can scale VXs in size from a single studio to a facility-wide talkshow system to a multi-location system.

The system is built based on your specific needs by combining features as required: Channels, Lines, and Acoustic Echo Canceller instances. These features combine into a license code, which can be active in one VXs instance at a time.