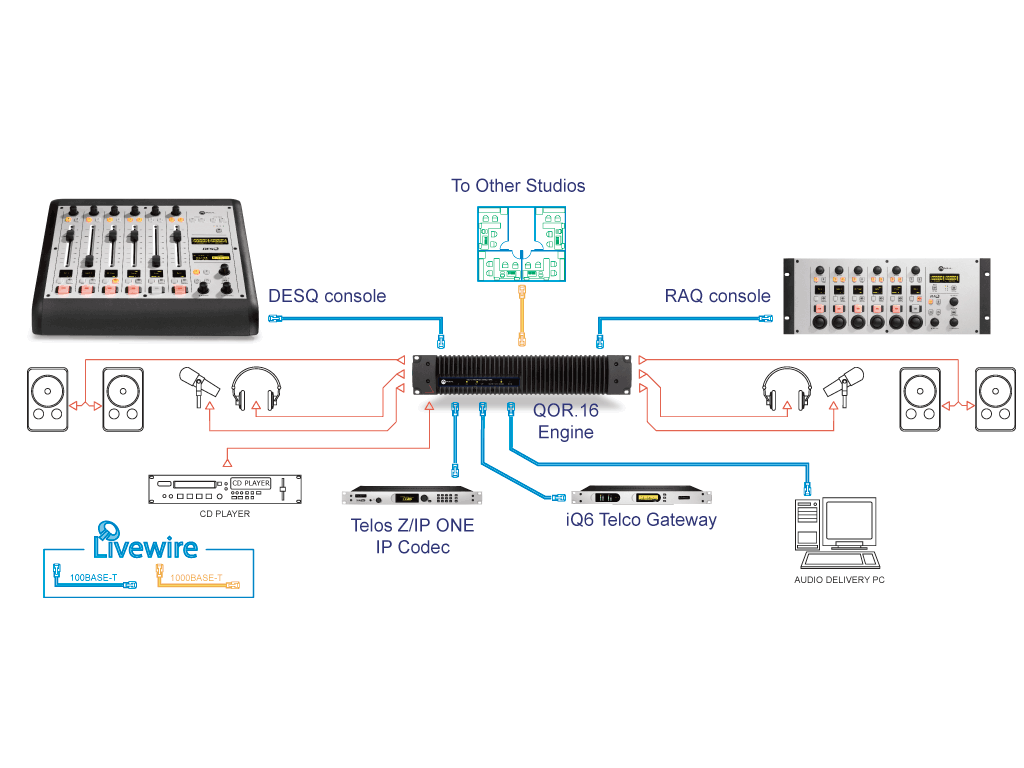 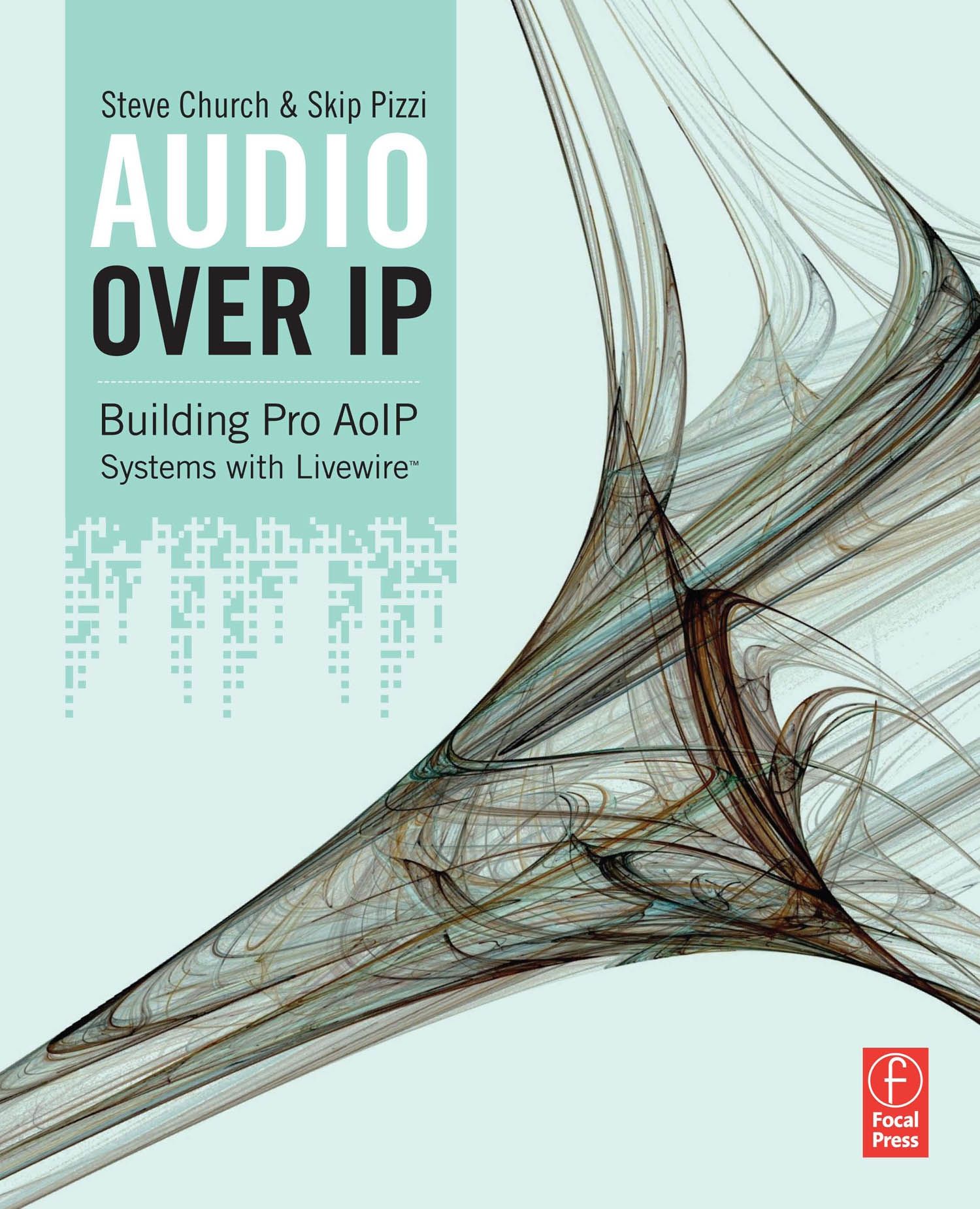 What Is Livewire+ AES67?

Livewire+ AES67 is the second-generation of Livewire, the pioneering technology invented by the Telos Alliance to convey low-delay, high-reliability audio over switched Ethernet.

Introduced as Livewire™ in 2003, today’s Livewire+ AES67 is, like its name implies, completely AES67-compliant. That means that it complies fully with the AES67-2015 Interoperability Standard, allowing AES67 devices to connect directly to Livewire+ AES67 networks and exchange audio streams. Livewire+ AES67 is also extensible, able to incorporate future AES standards when they are ratified. It's also backward-compatible with the RAVENNA™ networking protocol.

With Livewire+ AES67, a single Ethernet cable carries real-time uncompressed digital audio, device control messages, program associated data, and even routine network traffic. An entire facility can be wired in hours, instead of weeks. Many Axia Audio studio products, along with other products from Telos Alliance brands, utilize Livewire+ AES67 networking technology. Expanding or modifying your system is simple thanks to the inherent scalability and modularity of Livewire+ AES67.

Livewire+ AES67offers a revolutionary change in how studios can be built. But at the same time, it's a natural continuation of general trends and what you already know.

The advantage of an all-Livewire system is full support of advertising/discovery, GPIO, and Program Associated Data throughout every link in the system. 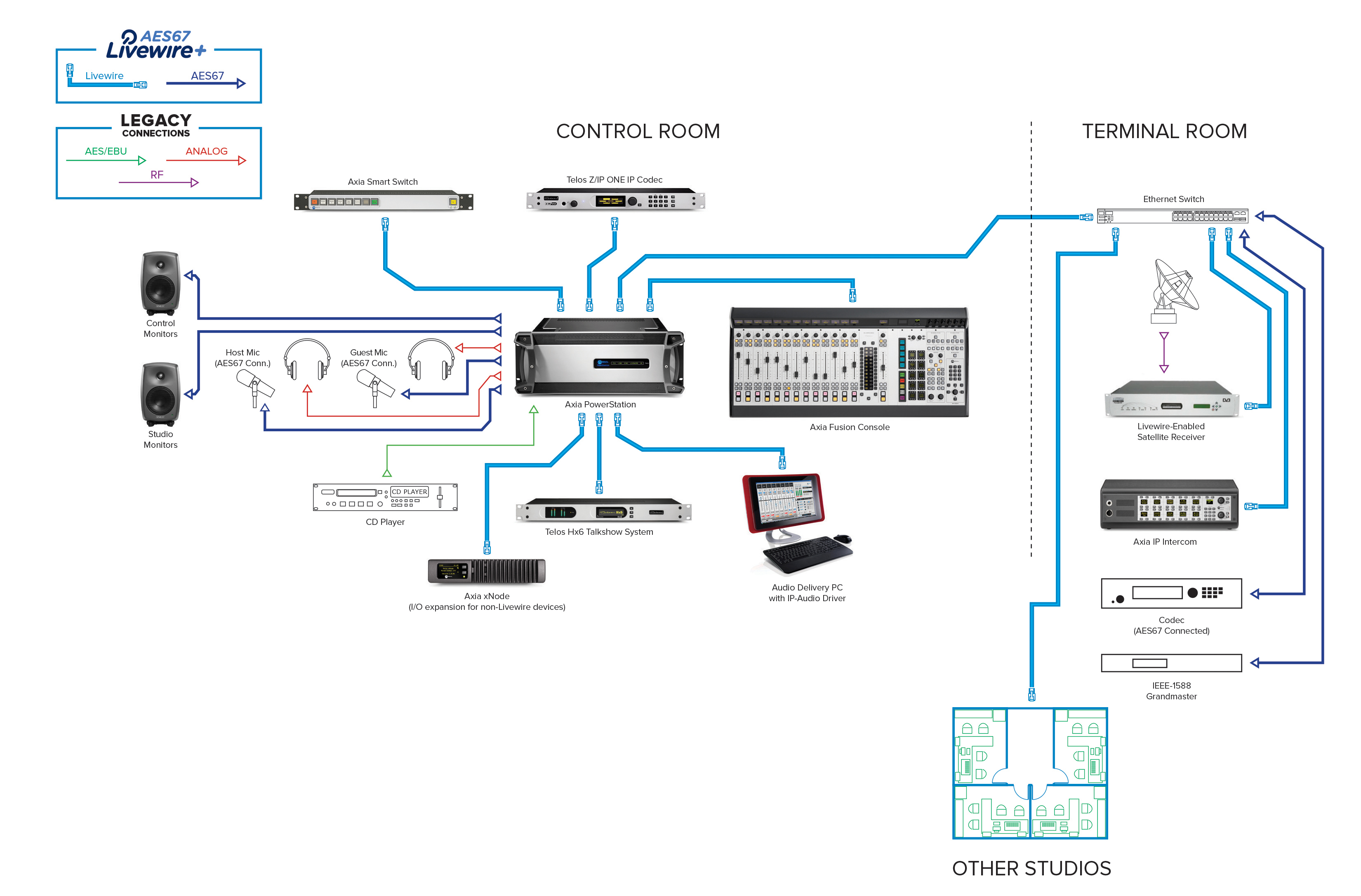 Here, the microphones, speakers, and codecs are interconnected using AES67 instead of Livewire. While these devices can coexist within the Livewire system, with only an AES67 connection, they do not have the ability to support advertising/discovery, GPIO, and Program Associated Data (PAD) as Livewire does today.

Livewire+ AES67 has an audio advertising system. Every source has a text name and numeric ID. These are transmitted from source devices to the network. Devices that play audio build lists of all available sources from which users can select. Using Telos Alliance xNode audio interfaces, you enter the names of your input sources via any PC with a web browser. With playout PCs running the Axia AoIP Driver, you open a configuration window.

A sophisticated phase-locked loop clocking system allows Livewire+ AES67 to use very small buffers for least latency and ensures that audio channels remain time-aligned (as needed for multiple mics in a studio or for TV surround-sound mixing.) Livewire+ AES67 networks employ two types of audio streams. Livestreams have small, frequent packets optimized for live audio that requires very low (circa1 ms.) delay, for microphones and headphone audio. Standard Streams are also real-time streams, but with bigger packets, and are used for audio streams which don't require super-low latency—like audio from CD players, or that exchanged with automation system PCs. Devices that connect to Axia networks can transmit and receive both stream types; the user selects which type to generate when a device is initially configured.

An Ethernet network used for Livewire+ AES67 audio can also be shared with other data transmissions, such as file transfers and web browsing. An Ethernet system with a switch at the center may have a mix of audio nodes and normal servers, PCs, etc., because the Ethernet switch directs traffic only to where it is needed.

Even on a single link, traffic can be mixed because we use modern Ethernet's priority mechanism to be sure audio packets have first call on the link's bandwidth. A studio audio delivery system can use this capability to download an audio file from a server, for example, while simultaneously playing another audio file live.

Livewire+ AES67 maximizes the benefits of converged networking in the broadcast facility. Many stations using Livewire+ AES67 have computer data, telephone, audio, and control on a single network that uses computer industry standard wiring, spurring cost-efficiencies throughout the plant.

A Livewire+ AES67 network is a controlled, high-speed environment, with no risk of audio drop-outs from network problems and plenty of bandwidth for many channels of high-quality uncompressed audio. We use studio-grade 48kHz/24-bit PCM encoding. Telos Alliance digital xNode audio adapters deliver 138dB of dynamic range, with less than 0.0002% THD. Even analog xNodes have 100dB dynamic range, < 0.005% THD, and headroom to +24dBu.

Since the very beginning, the Telos Alliance has based its AoIP networking technologies on standards. IP (Internet Protocol), the networking standard that is the underpinning of nearly all critical business networks (and of the Internet itself) is the basis for Livewire+ AES67 AoIP.

As charter members of the AES X.192 Working Group, we helped define the AES67 standard—and became the first broadcast manufacturer to become AES67-compliant.

Livewire+ AES67 is so standards-based, in fact, that your audio can even be played by PC media players that support standard protocols and uncompressed PCM audio. The Internet’s IP standard for streaming media, called RTP/IP, is used for standard audio streams. RTP stands for Real-Time Protocol. It's the Internet’s standard way to transport streaming audio and video, just as TCP/IP is the standard for general data.

In the 14 years since the introduction of the original Livewire, broadcasters have adopted it at an exponential rate; AoIP has become the new standard for broadcast facilities, with more than 8,000 studios worldwide, 100+ Livewire partners, and 100,000 Livewire devices in the field.

Impressive, no? But there are even more exciting things in the future. The Telos Alliance, with one of the largest R&D groups in broadcast, is fully committed to AoIP interoperability. We’ve been proponents of open standards since Day 1, freely sharing our technology with interested Hardware and Software Partners. We were charter, supporting member of the X.192 Working Group that defined the AES67 standard, and as founding members of the Media Networking Allliance, are actively engaged in work to promote and enhance standards-based AoIP networking.