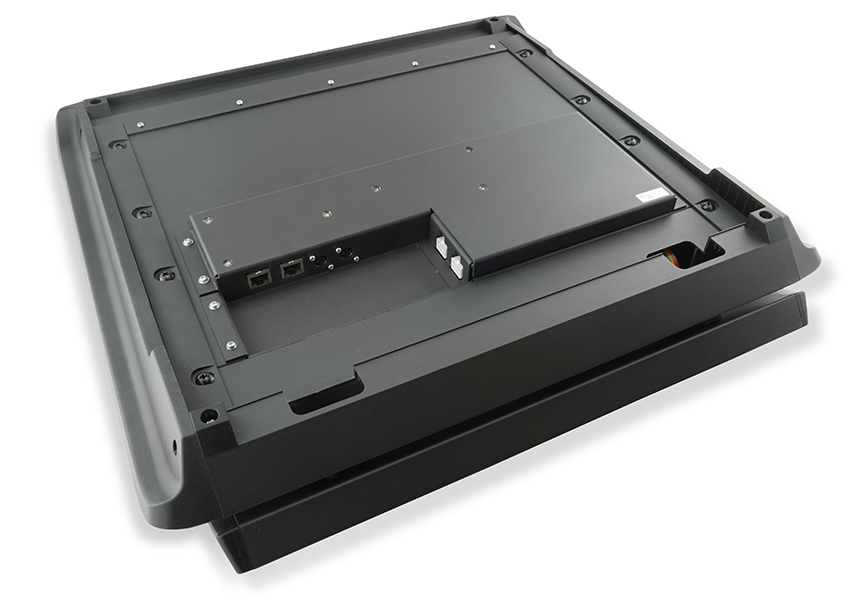 Look Below the Surface

Appearances can be deceiving. Axia iQx looks like a traditional console, but it’s actually a surface and mix engine rolled into one—at a surprisingly affordable price. We dove deep with AES67, giving you access to every source, anywhere on the network. With nearly limitless connections, we can’t even fathom the possibilities.

Traditionally, surfaces need to be connected to a separate mix engine, the so-called “brains” of the system. Axia® iQx combines the mix engine and surface into one unit. That's one less component and connection you need to worry about when building your studio, allowing you to get up and running quickly and easily.

Built from the ground up as an AoIP console, iQx is AES67-compliant and stands fully capable of supporting emerging standards including SMPTE 2110-30. There’s no limit to the number of sources and connections you can access on the network. Well, OK, 16 million...but who's counting?

Don’t pay for I/O interfaces you don’t need! If you already have an existing AoIP network, you may not even need to add additional I/O. You can connect your iQx and access any audio source, anywhere on the network, from anywhere in the world. Have iQ consoles or QOR engines on your network? Drop in an iQx and share resources without having to add additional equipment. By piggybacking off existing resources like an Axia QOR engine, a station on a budget can suddenly build an additional studio for far less. This is a first and changes the game.

Not only does iQx allow you to utilize existing network resources without breaking the budget in ancillary I/O, it is very affordable, bridging the gap between a lower-end $2K console and a higher-end, $8K model, while retaining all the craftsmanship, build quality, and innovation that Axia is known for.

Create an instant studio by adding a Telos Alliance xNode to support local microphones, headphones, and any other sources you might want, and you’re ready to rock in a flash. Add additional xNodes or an xSwitch to expand I/O and network switching capabilities as needed. While iQx is sophisticated inside, it’s familiar on the outside so there’s no steep learning curve.

Configuration is a no-brainer thanks to a built-in web GUI—no proprietary application required. And while some locations where consoles are installed can be tight on rack space, iQx doesn’t require any thanks to the integrated engine. The console can be placed tabletop, without the need to modify furniture. All while offering network and power redundancy expected by world-class broadcast facilities.

Ready for the Future, Even If You Aren’t

iQx is great for nontraditional studio setups too. Need a temporary studio for a special event or to add or move a studio quickly? Mixing sports, remote talent, or audio that isn’t located in your studio? iQx is your console, letting you bring in sources from all over the world. Control is not just a local thing either; an iQx can be controlled from the remote site, so no in-studio operator is required. With iQx, you have access to everything, everywhere. While we can’t predict the future, we know change is in store, and iQx is flexible enough to support you today and tomorrow.

Get the Benefits of an AoIP Network

New to AoIP? In addition to its own unique advantages, iQx is an AoIP console at its heart, giving you all the benefits that come with an AoIP network. More flexibility, easier and faster installs, cost efficiency, a decentralized system without a single point of failure, and the ability to upgrade from analog one studio at a time are all upsides of AoIP.

Once a source is on an AoIP audio network, it can be made available to any device on that same network. In the analog days, this could only be accomplished with costly routing switchers or stacks of distribution amps. Now, any station with an AoIP network has this capability built in.

Finally, with no analog audio physically inside an AoIP console, you reduce or even eliminate interference that can compromise sound. With AoIP, stations enjoy much cleaner audio throughout the studio facility.